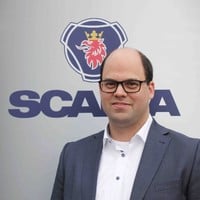 As you probably know, I really like reading books. Several years ago I came across one called “Turn the Ship Around!”, written by a former submarine captain, David Marquet (by the way, I can also highly recommend his second book “Leadership is a Language”). In his book, he explains how he transformed the worst submarine crew in the navy into the best one, and educated many new leaders.

How did he do it? He switched from a Leader – Follower approach to a Leader – Leader approach, which he calls Intent-Based Leadership. […] In short, it is about empowering people, leaving decisions where the information is, asking questions and then giving orders and using the fist-to-five method (raising from 0 to 5 fingers) to see the level of support for the decision made.

It really wanted to introduce this approach in our company because the model resonates so well with me. Earlier last year, I spoke to Sławek from 4Results, who told me that he and David had developed a training course using virtual reality, known as VR Dive, to train people in the IBL approach. I like the IBL approach – especially when it is combined with virtual reality – I knew I wanted to conduct this training.

This training is different – it is not just about explaining the model, the theory and showing countless PowerPoint slides. The model is demonstrated, and then you complete several missions in a VR simulator based on a submarine (for some reason many people volunteer to be weapons specialists – because who wouldn’t want to fire a torpedo!). This gives you the opportunity to use the new knowledge in stressful situations (no spoilers, great missions and really stressful situations). Then you analyse and see what else you could do with the intent based approach (IBL). I can say that the whole leadership team enjoyed the training immensely, and it was a good way to practice our new knowledge.

So that’s it, right? You take a training course and the model is explained to you and that is it? No, of course not. After VR Dive, the real work begins, the implementation of new knowledge. Here, Sławek, Paweł and Jakub helped us create a programme with various tasks that help to deepen our knowledge and to implement the IBL model. You are probably wondering if the implementation has already been completed? Can you check it out?

We have only just started and we are constantly monitoring progress. So far we’ve had a lot of internal discussions about leadership and the model: how to implement it, what do you want to use first (I love the Bruce Lee quote “Don’t fear the man who knows 1,000 techniques. But fear the man that has practised one technique 1,000 times.”) in the face of some downtime, lack of time, etc. I can say that I can see that the leaders’ team is using the knowledge and what they have learned, and that the transformation continues. Different teams are at different levels of model implementation, but all teams use it. The management team is committed to continuing the implementation path. A group of leaders volunteered to create an IBL project group, which, with the support of our trainers Paweł and Jakub, will take care of the further journey. I will keep you informed!

I want to thank David Marquet for describing his approach and experience . I would also like to thank Sławek, Paweł and Jakub for their support in the implementation.